The solution may be as simple as adding a daily tongue cleaning to your routine. 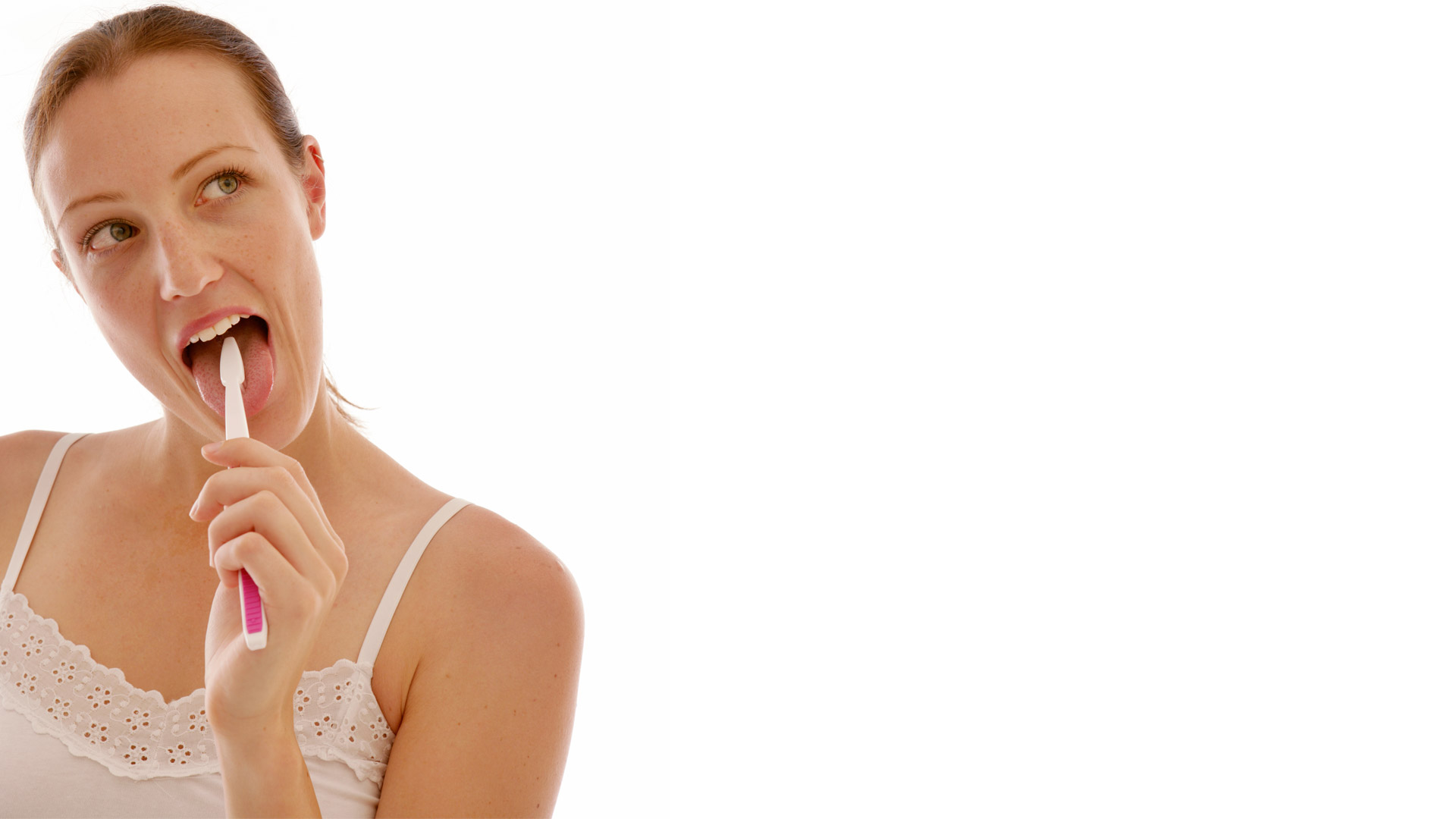 Chances are you can blame it, not on your diet, teeth or gums, but on your tongue. And the solution may be as simple as adding a daily tongue cleaning to your regular brushing and flossing routine.

Depending on who is counting, 25 million to 85 million Americans have halitosis, an unpleasant, even repugnant odor emanating from their mouths that may cause others to recoil upon close contact or to stand at a distance during conversations. "Dragon mouth", or the fear of it, has Americans spending about $1 billion a year on mouthwashes, breath mints, sprays, drops, gums, and other products that they hope will mask an obnoxious mouth odor. But experts say most of these expenditures are a waste, at best reducing bad breath for an hour.

Contrary to popular belief, bad mouth odors do not originate in the stomach and are not caused by indigestion.

Everything from the foods people eat to the diseases they have can cause bad breath. Use of tobacco products commonly results in lingering mouth odor. But most cases of bad breath are temporary. After a person dines on garlic or raw onion, for example, volatile oils from these foods get into the blood and are exhaled through the lungs. And nearly everyone has unpleasant breath upon awakening in the morning. Other transient causes include a cold, sinus or bronchial infection, a respiratory allergy or use of a medication (for example, an antihistamine or decongestant) that dries the mouth. A small percentage of cases have a medical cause, like diabetes, chronic sinusitis or bronchitis, postnasal drip, a liver or kidney ailment, emphysema or Sjogren's syndrome, an autoimmune disorder that causes dry mouth.

Contrary to popular belief, bad mouth odors do not originate in the stomach and are not caused by indigestion. A rotten or abscessed tooth can result in noxious mouth odors. But while advanced periodontal disease can contribute to bad breath, more typical degrees of gum disease are an unlikely cause, according to studies in Toronto and the University of Michigan in Ann Arbor. Dr. Erika H. De Boever at the University of Michigan School of Dentistry conducted a detailed study with Dr. Loesche that zeroed in on the overriding importance of the tongue in chronic halitosis that afflicts otherwise healthy people. The tongues of some people become coated with bacteria that ferment proteins, producing smelly gases like hydrogen sulfide (rotten egg odor), methylmercaptan, fatty acids and ammonia. Other people have what dentists call a "geographic tongue" with fissures and indentations that resemble a coastline, Dr. Loesche said. Anaerobic bacteria lodge in these crevices, where they ferment proteins and give off noxious odors.

Dr. De Boever showed that daily tongue cleansing can virtually eliminate the problem in healthy people who have suffered with embarrassing halitosis for years despite careful oral hygiene, regular periodontal care and the routine use of breath fresheners. In the study, the 16 patients, who ranged in age from 14 to 71, were taught how to scrape their tongues—reaching as far back as it is possible to go—and were given a prescription antibacterial rinse, chlorhexadine gluconate, to use daily for a week. Their mouth odor disappeared along with the bacteria that were living on their tongues. While the rinse should not be used continuously because it can impair taste sensation, it can be used intermittently, she said.

An alternative agent is chlorine dioxide, a powerful though unstable germicide that is used in water purification. Dr. John Richter, a periodontist in private practice in Philadelphia who has treated more than 5,000 patients with halitosis, said chlorine dioxide had a triple-action effect in combating bad breath; it is a deodorant, it kills odor-causing bacteria and it reduces the amount of protein available for bacteria to ferment. Dr. Richard H. Price, a dentist affiliated with the Boston University Dental School, said daily tongue cleansing and the use of chlorine dioxide has enabled him to solve his own breath problem. He explained: "To be effective, you must scrape the very back of the tongue, which makes many people gag. But after a while you get used to it and you no longer gag."